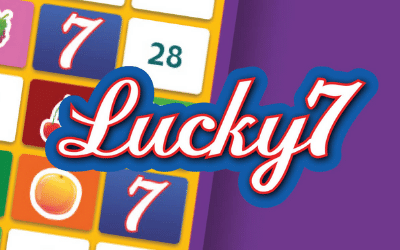 Lucky 7 was a fun and exclusive game available only at tombola. It was essentially a 49 ball bingo game, but the aim was to match 7 symbols in a 7x7 grid.

It was one of tombola's older games built in the outdated Flash software, which means you may not be able to play it on some browsers

Why did tombola get rid of Lucky 7?

Lucky 7 was one of tombola's oldest games. It was built in a software called Flash which Google announced it would not be supporting on it's browsers from 2021.

Tombola therefore had a decision to make. Should it rebuild and relaunch the game in modern software, or simply close the game down and retire it for good. So far we aren't sure tombola are ever going to bring it back, but it is possible considering they had the same problem with Rollercoaster, but decided to relaunch the Rollercoaster game in all new software.

However, when Rollercoaster shut down they did announce on the site that it would be back. I don't recall seeing such an announcement for the departure of Lucky 7, so my guess is it won't be back anytime soon.

Obviously now the game is shut down you can't play it, but for those who are interested this is how it used to play out.

To start you must place your own 'Lucky 7' tiles on the grid. You can do this by either selecting the 'choose lucky 7' button, or manually clicking on any 7 tiles on the grid. If you've played before, the game will remember your last 7 tiles. Once you are happy with your tiles, click 'buy'.

Beneath all of the other tiles there will be varioys fruit symbols. The aim of the game is to match 7 of any symbol before anyone else. If you match all of your lucky 7 symbols, your prize money is doubled.

The game prize will vary from game to game and are dependent on the number of players in the game and tickets purchased. Each game has one main game prize, plus a jackpot that is triggered if you match 7 symbols within 11 calls or less. If the jackpot is won by matching all of the lucky 7 symbols, it gets doubled.