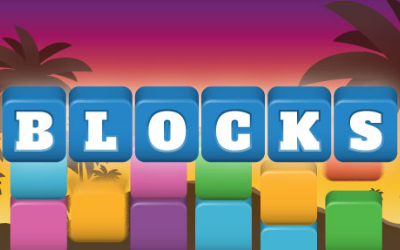 Blocks is another exclusive game from tombola that plays out with colourful blocks with two different ways to win. When I first played this game I won on my first go, despite not having a clue what the hell was going on!

Tickets range from 10p to £2 and each ticket is a 6x6 grid of coloured, numbered blocks. Match a called block (colour and number) and your block will explode - any blocks in the column above will then drop down into place.

'Score points' are awarded whenever blocks of the same colour touch for the first time, horizontally or vertically. 20 points are awarded for 2 touching blocks, 30 points for 3 touching blocks and so on up to a maximum of 60 points.

The game prizes vary from game to game and are dependent on the number of players in the game, tickets purchased, ticket price and so on. The return to player for this game will always exceed 80%.

Each game has four potential prizes:

If more than one player wins, the blocks or score prizes will be shared amongst all valid winners. Should more than one person win the jackpot, each will receive the full jackpot amount.

All rooms will link together between 2am and 8am to form a big bumper prize pot. The game and chat is merged during this time.

Where can I play Blocks?