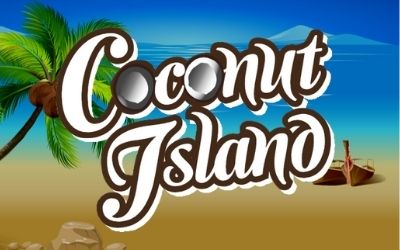 What is Coconut Island Bingo?

Coconut Island is a 50 ball bingo game available exclusively at Gala Bingo. The original version was built by Playtech and featured a beach background and coconuts would fall from a tree to reveal the numbers.

However, in July 2021 Gala moved from Playtech and the room was completely rebuilt. The new version didn't have some of the same charms as the original, removing all the little bits that made it fun. Now it's just a standard 50 ball game with not much else to write about.

As a 50 ball game, the tickets in Coconut Island only have 10 numbers on them in two lines of five. The game is played for one line and then full house, which is technically two lines.

The numbers are called pretty fast, so the games are over very quickly. Perfect if you want quick action packed bingo.

Occasionally there will be special games played that feature 1tg and 2tg prizes, meaning the game pays out additional prize money to players who were 1tg or 2tg from house when it is called. Look out for the feature icons within the bingo schedule.

Coconut Island is one of several rooms that are part of the Gala Jackpots system. This is where you have five additional jackpots that are triggered at different frequencies:

Where can I play Coconut Island Bingo?

As mentioned earlier this game is exclusive to Gala Bingo. It is open from 10.00am until midnight every day.