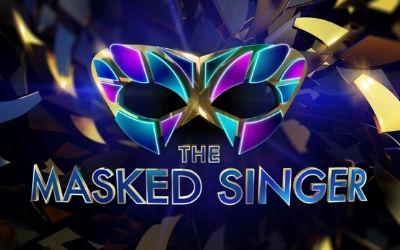 What is The Masked Singer Bingo?

PlayOJO have just released a brand new and exclusive bingo variant based on the TV show, The Masked Singer UK.

The game launched on 23rd December 2020, just in time for the new series of the show which kicks off on Boxing Day. The game itself is a 90 ball bingo variant with a must-drop daily jackpot and a special mask feature that gives you the chance to win extra free bingo tickets.

The Masked Singer bingo game plays first like a regular 90 ball bingo game. There are prizes for winning one line, two lines and then a full house.

What makes the Masked Singer bingo unique is the 'Match the Mask' feature that plays out at the end of the game.

When you buy your tickets to the Masked Singer bingo, you will get the option to choose a mask. These are all based on costumes from season 1 such as Daisy, Fox, Hedgehog and Monster. You can choose from 7 different options or select the first mask which acts as a lucky dip.

If your mask matches the mask of the player who wins the full house, you'll win some free ticket(s) so you can play again in the very next round.

Once you have chosen your Masked Singer it will appear as the background on your bingo tickets. This way you'll never forget which one it was that you chose.

The only downside as far as I can see on first play, is that there is no way to tell which masked singers the other players chose.

When the full house has been won, an announcement will pop up on screen to tell you what masked singer the winning player had. If it matches the same as you, you win a free bingo ticket to the next game.

Interestingly, I did notice that each game I was given a different selection of masked singers to choose from. So I guess this may help prevent some people who may be tempted to collude and club together to always pick the same masks.

In my first go at this game I wasn't able to win any free tickets, so I'm not 100% certain if you have to use them on the next game or if you're allowed to save them up to spend on a future game. For me, the latter would be the best option, as 1 free ticket doesn't sound like much, but if you saved up many free tickets it at least feels a bit better.

The terms & conditions for this game state that if you do match the mask you will get 1 free ticket to the following game. However, it also refers to tickets (plural) which I reckon means there will be special promotions whereby you could win more than 1 free ticket.

Considering the maximum amount of tickets anyone can buy for this game is 200, getting 1 additional ticket for free doesn't sound like a lot, which is why it is also good there is another feature on the game - a must-drop jackpot.

Every day starts with a new fixed jackpot which can be won by claiming full house in 36 balls, which is pretty unlikely.

However, if the jackpot hasn't been won by the last game of the day, then the ball count will increase to 90 which means someone will definitely win it that round. I guess we'll need to set our alarms to 10:55pm each day to login and see if it's been won yet, and if not, give it a go!

Where can I play the Masked Singer Bingo?

This new bingo game is exclusive to PlayOJO Bingo.

The room is open from 9.00am until 11.00pm every day. Be sure to check it out for that last game of the day just in case the must-drop jackpot has not been won.

What is the Masked Singer UK TV Show?

The Masked Singer UK is a top-secret singing contest in which celebrities face off against one another while hidden insider an elaborate costume that covers their entire body.

Throughout the show there are subtle clues to the identity of each celebrity, leaving the audience, host Joel Dommett and celebrity panelists guessing at who could be behind the mask. Each week one of the singers is eliminated and only then do they take off the mask to reveal who is behind it.

It's completely daft but it just works!