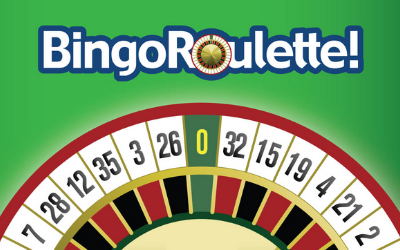 What is Bingo Roulette?

Bingo Roulette is, not surprisingly, a bingo game mixed with roulette. It's available exclusively at tombola bingo.

Just like a roulette wheel has 37 numbers, this works as a 37 ball bingo game. Unlike the similarly named Bingo Roulette at Dragonfish, which shares the same name but plays very differently.

There are four Bingo Roulette rooms to choose from and the ticket price varies between the rooms:

On each game you can buy a maximum of 4 tickets, so the most you can spend in one game is £2. Standard for most tombola games.

To buy tickets, simply click on the buy buttons which can be found on top of the blue, green, red and purple roulette chips. At this point you'll see lots of different coloured chips appear on the roulette table. You can press shuffle to randomise the selections, or you can choose to move the chips around manually to wherever you like.

Once you are happy with your selection, press the 'confirm' button to buy the tickets. If successful, it will say 'bought' and a countdown to the next game will appear.

How to win at Bingo Roulette

Once the game begins, numbers will be generated by the spinning of the roulette wheel. If one of your chips matches the numbers called, those chips are removed. The winner is the first person to remove all 8 chips of any colour group.

There are additional jackpots which can also be triggered by claiming bingo within a certain number of calls. The first is within 10 numbers and the second within 12 numbers. In the 10p game, these jackpots are £200 and £2,000 but they obviously get much bigger depending on which room you are in.

Where can I play Bingo Roulette?

As mentioned earlier, this game is an exclusive to tombola. If you are on desktop you can find it by scrolling down the homepage to the casino section at the bottom left.

On mobile, simply swipe the games at the top from left to right until you see Bingo Roulette in the options.