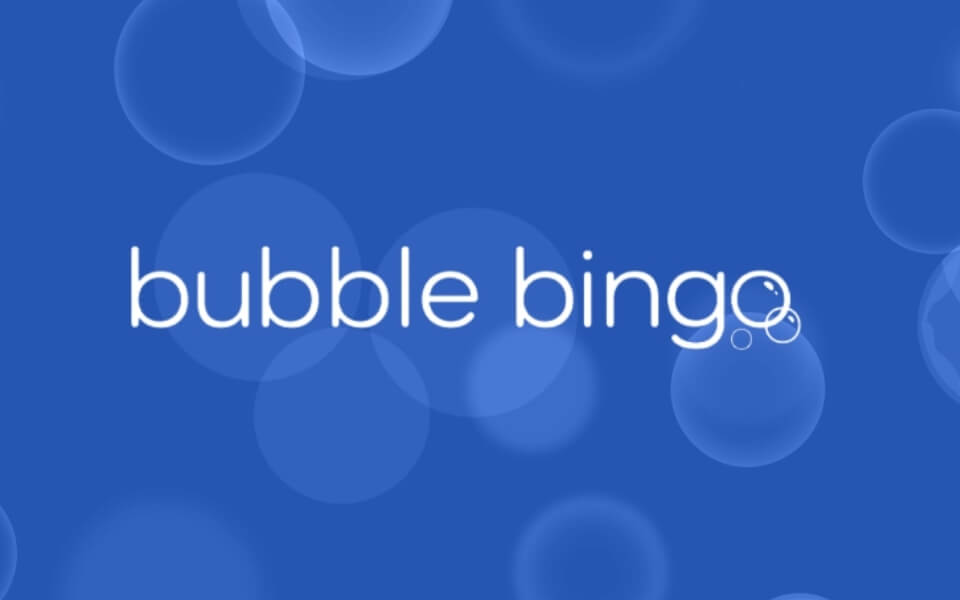 What is Bubble Bingo?

This review is for Bubble Bingo on tombola - if you're looking for the new Bubble Up Bingo from Gamesys, please visit our other page.

Bubble Bingo first popped onto the tombola website on Monday 22nd February 2021. It was removed as a permanent room in March 2022 but it seems as though they're going to have it back occasionally every now and then, judging by their recent 'Bubble Bingo Friday' event which saw it return on Fridays.

It is an unusual game in that it looks very much like one of the instant win games you find on the tombola arcade site, but it is actually more like a bingo game. This is because you have one prize and multiple players competing to win it, rather than an instant win game where every game is unique to you and only you compete to win a prize.

It is slightly more confusing than the average tombola bingo game, so allow me to explain what's going on and how it all works.

The basic premise of the game is to be the first player to collect 10 'marbles' of the same colour.

There are 30 bubbles which float around, and as they pop one at a time a different coloured marble appears. Once you collect 10 of the same colour, you've won.

When you start a game you'll see that you have three tickets: one green, one blue and one red. This is where the coloured marbles go once they pop out of the bubbles.

However, the odd thing about this game is that everyone appears to have the same three tickets. So when each bubble pops, each player is presumably seeing a different coloured marble.

I was a bit confused so I reached out to someone I know who works at tombola. They spoke to the bingo product team who came back with this explantion for me:

"Behind the scenes it's still a proper bingo game with numbers. Everyone has their own individual three tickets. So every time a bubble is 'called' it will match a different ticket for each player"

To be honest, I found this explanation from tombola even more confusing than before! It's a tricky concept to wrap your head around and I think tombola will continue to have this issue where perhaps the concept is too far out for some players (like me) to fully understand. Several times in chat I've seen players asking why they needed 1 blue to win, but another player popped up as winning on a red ball.

I think the best thing is to try not to think too much about it and just enjoy the game!

To play bubble bingo you choose your own ticket price which costs from 10p to £2. The prize you can win will change depending on the value of your stake.

Choose your stake price by clicking one of the bubbles and then tap 'buy' and 'confirm' to buy a ticket. If you want to choose a different stake on the next game, just select 'change stake'.

If you win the game in 14 calls or less then you trigger a jackpot prize worth 500x your original stake:

If more than one player wins the jackpot, each player gets the full amount.

A single full house prize is available in each game. If more than one player wins at the same time, the prize money is shared.

Another feature of bubble bingo that doesn't really affect your chances of winning but it is a nice little option, is the ability to change the background theme of the room. This is basically the image that appears behind all of the bubbles. It is something they started doing when they revamped their rollercoaster game recently.

There are currently three themes you can choose from:

By default, the game will select a random background if you don't manually choose your favourite theme.

Is Bubble Bingo any good?

As a game, it's a decent offering from tombola which looks great, won't break the bank and has enough there to keep you interested. However, I still can't get my head around the concept of each player seeing different coloured balls from one another.

It just takes it that one step removed from bingo to the point where you have to question is it really bingo at all? Tombola say it is technically a bingo game, but my point is it doesn't feel like one. It's feels more like a multiplayer tombola arcade game, so it may not be for bingo purists.

This may explain why the game was retired after just one year on the site.