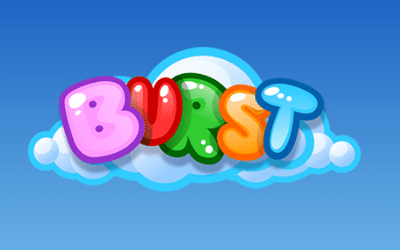 What is Burst Bingo?

Burst Bingo is a 50 ball speed bingo game available at Mecca Bingo. Instead of a normal bingo ticket, there are 10 cute cartoon animals holding balloons with the numbers on.

Due to gambling regulations, we can't show you what the animals look like, as in cartoon form they are technically 'appealing to under 18s' which means you cannot see them unless you are logged in and age-verified.

How to play Burst Bingo

The games play roughly every 2 minutes as it is very quick 'bursts' of bingo action. The game is played directly for a full house, so the first player to burst 10 balloons will win.

Sometimes they will have promotions where they do 1 & 2TG games, which give another community prize to all players who finish within 1 or 2 numbers of full house.

If you don't want to see the cute animals you can select 'simplifed view' from the options which will give you a more traditional bingo ticket view.

This room has no dedicated jackpot but it is plugged in to the site-wide 'Premier Bingo Jackpot' which can be won in any of the participating bingo rooms. The jackpots up for grabs are:

Where can I play Burst Bingo?

Burst is an exclusive game available only at Mecca Bingo. You can find it in the main lobby or on the 'specials' tab.