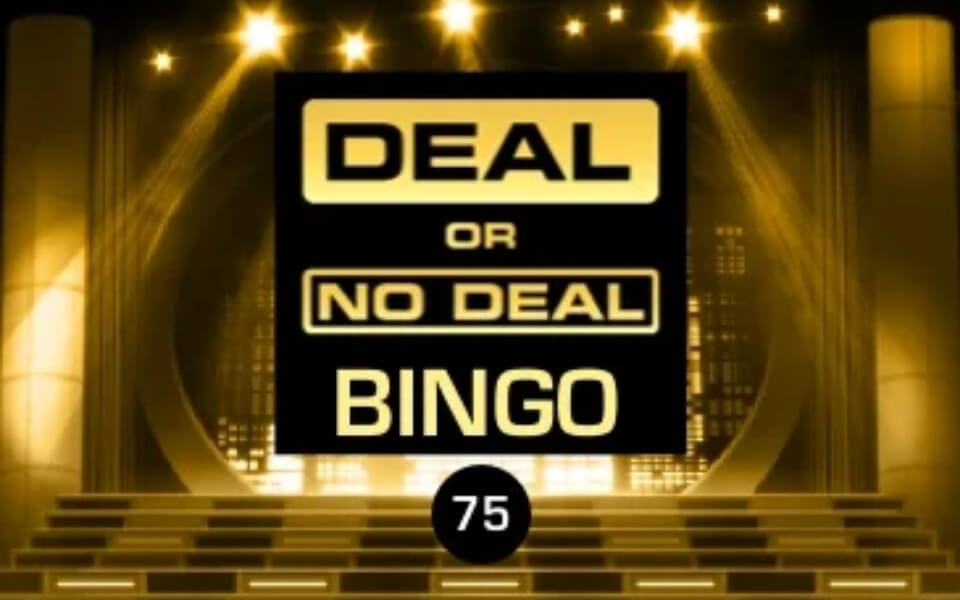 Deal or No Deal Bingo 75 from Entain

For those who don't know, Entain are the company who own a bunch of bingo sites including Gala Bingo & Foxy Bingo. They also own their own bingo software, and as of July 2021 all their sites are now using it.

The last brand to make the move was Gala, and one of the most popular bingo games on the old site was Deal or No Deal 75 from Playtech. Rather than lose this game when they moved, they completely rebuilt it on their own software, so it's still avaiable to play but looks a little bit different.

Once you've purchased tickets and waited for the game to begin, you'll be shown a briefcase on screen which is your briefcase. There are also another 21 briefcases and inside each is a mystery amount of money, which varies depending on how many players are in the game.

Each briefcase has a number on it, and if that number is called during the game of 75 ball bingo, then it disappears and the amount inside is removed from the game. Just like the TV show, the best scenario is to have as many low value briefcases removed as possible, so that you'll get a better offer from the banker at the end of the game (if you win).

As it is a 75 ball game, there are different types of game that could be played, but on each occasion I have tested it out the game played for 1 line, 2 lines, 3 lines, 4 lines and then full house.

When full house has been won, the winning player then gets offered a deal from the banker. This is based on the values that remain in the unopened boxes. Ideally what you want are some high value cases still unopened, which means you'll either get a better deal or you have a chance that the big money is in your own case.

To help decide, other players in the game will be asked to vote on whether or not they should take the deal. The UX here on mobile isn't great as you can't see what values still remain, so often you have no idea if the offer given by the banker is a good one or not.

Overall the game plays exactly the same as the original Virtue Fusion version, but without any additional jackpot to speak of. It's available now on all the Entain owned bingo sites.