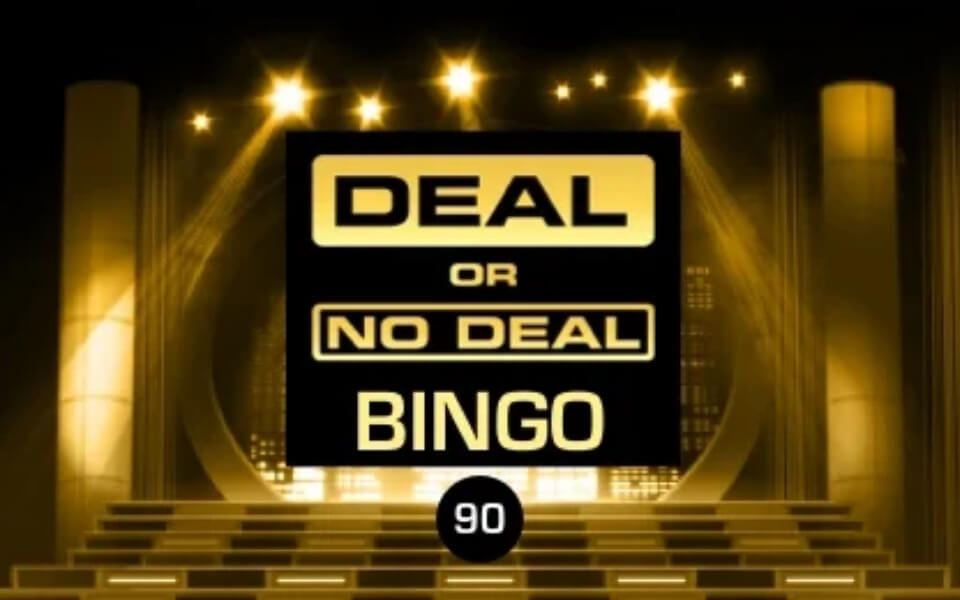 Brand new Deal or No Deal Bingo from Entain

The original Deal or No Deal Bingo game from Playtech has got to be one of, if not the most popular bingo variants in the UK.

Even long after the show has stopped airing on prime time TV, it's popularity has never seemed to wane, with hundreds of players in at peak time looking to get hold of the banker's next big offer.

This new version of DOND Bingo has been developed by Entain, most likely because they are planning to move Gala Bingo from Playtech to their own platform, and they know if they don't have some sort of DOND Bingo game then players won't be happy.

The Entain DOND Bingo is themed on the American version of the game, so instead of Noel Edmonds and his red boxes, here you get a very gold and glitzy looking set with silver briefcases instead.

At the start of the game you have one briefcase with a mystery amount inside. There are also another 21 briefcases, each with a random number on it between 1 and 90.

As the normal 90 ball game plays out, if any numbers match those on the briefcases, they are opened, revealing the prize value which is then removed from the game. Just like the TV show, what you want at this point is for as many of the low value briefcases to be removed, so that when it's time for the banker's offer he will be forced to give you a better deal.

When full house has been won, the winning player then gets a deal from the banker based on the values remaining. The winner then has to choose whether to take the offer (deal) or refuse and take what's in their own briefcase (no deal).

To help decide, all players can vote on whether or not the player should accept the offer. However, I found on mobile you can't actually see the values remaining when this happens so you're pretty much just pressing deal or no deal completely blind.

Overall, the game plays exactly the same as the original version, except for their not being any additional jackpot in the game.

It's available on all the Entain network sites, and I'm sure on Gala Bingo very soon when they make their move.