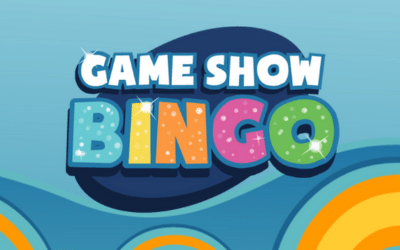 What is Game Show Bingo?

Game Show Bingo is a bingo room at Jackpotjoy. It plays for a one line, two line and then full house, typical of most 90 ball bingo games.

When it first appeared several years ago, it had a unique feature which involved various bonus games which explained the game show theme. Unfortunately, these unique game show games are no longer there, which begs the question why they kept this room open in the first place?

The only feature it has kept from the original Game Show Bingo is the 'Fantastic 51 Super Jackpot' which pays out a prize if you claim within 51 calls.

Winning a progressive jackpot is super-rare, that's the point. It allows them to build and build until they get so big when they finally are won, it's potentially life-changing for the player.

Game Show Bingo has a normal progressive jackpot which is triggered by winning full house within 40 calls. However, it also has another fixed jackpot called Fantastic 51 which pays out for claiming within 51 calls, which is still difficult to win, but far more likely to happen than 40.

The other interesting twist to this 51 jackpot is the value. It always pays 100x the current price of a single ticket, so if the ticket price is 15p then the jackpot will be £150.

What happened to the old game show games?

I've no idea. I have to admit I haven't played in this room for years, so when I logged in to refresh my memory I was a bit puzzled why it was still there but without the crucial game show element.

Some old TV adverts do still exist on YouTube [link] that show what the original bonus features looked like. There were three in total:

If my memory serves me correctly, I think these played out as a bonus for whoever won the full house. I may be wrong but I think it was something like that. I have to say that I'm a bit disappointed to say the least that these bonus rounds appear to be no longer available. I'll try to find out why they were canned.

Where can I play Game Show Bingo

If you still want to try this room it's pretty easy to find over on Jackpotjoy. It's open every day from 12.00pm until 6.00pm only.