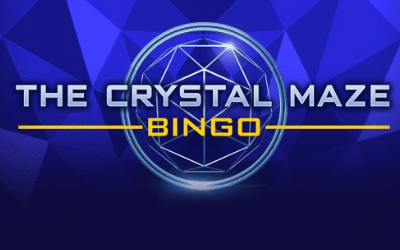 What is The Crystal Maze Bingo?

When it was first released on Jackpotjoy in 2019, it had a fun 'Crystal Dome' feature game that played after every full house, but for some reason that has been removed. It is now just a normal 90 ball game with nothing really special about it other than the design of the room changes every now and then.

Why did they remove the Crystal Dome feature?

I've no idea, but this isn't the first time they've removed a really cool feature from one of their bingo rooms. I recently reviewed their Game Show Bingo game only to find all of the cool mini-games that made that game so interesting were no longer there.

The Crystal Dome feature used to play a the end, after full house had been won. All players who had bought 6 or more tickets qualified for the game which featured gold and silver tickets flying around in the dome, and the players had to click as many gold tickets as they could before the 30 seconds runs out.

So what is unique about this game now?

Well, all of the other things that went into this room are still there, so that means the Crystal Maze theme music and four zones:

Before the start of each game, a zone is randomly selected and the background changes to match that particular zone. Other than that, the game appears to be just a standard 90 ball bingo game.

The game does have a progressive 'Super Jackpot' which pays out if you can claim bingo within 38 calls, but that in itself is not a reason to play this game.

Where can I play Crystal Maze Bingo?

This game is exclusive to Gamesys which means you can find it on the following sites: